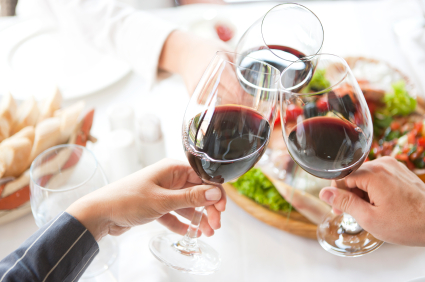 I saw in today’s Naples Daily News that Naples made another “ top 10 “ list. In USA Today’s “ Best Small Town Food Scenes “, Naples was #9 in the United States. One idea jumps out at me. Naples continues to be listed in the top ten in a number of annual surveys. As we make a “ Top 10 “ list and the article hits the newspaper, I would cut the article out and form a scrapb0ok with these articles.

As you accumulate more and more of these “ top 10 “ articles, they would be great material for a presentation to a prospective buyer. I note that in the February 23,2016 Naples Daily News, there was an article regarding Naples claiming the top spot for “ well- being “ from among nearly 200 American cities per a survey by Gallup-Healthways. Going down memory lane…… On April 3,2001 the headline in the Naples Daily News was “ Naples Growth Ranks No. 2 ( in the nation ). On November 4,2003 the headline of the business section was “ Naples Leads in Drawing Educated Singles “.

On July 1,2006, there was an article in the business section with the headline “ Two firms in SW FLA. place high on U.S. list”. The article goes on to say that Downing-Frye Realty, Inc. ranked # 5 in the nation for sales volume growth. The year before, Downing-Frye Realty, Inc. was #2 in the country for sales volume growth. On May 18,2005 we made the paper again with “ Naples home prices highest in the state “. The article goes on to say that the median sales price in Naples was $468,000 for a single family home during the first three months of 2005.

In the March 10,2016 Naples Daily News business section, on the front page, there was this story… “ Naples is ranked No. 1 place to retire in Florida “. In the June 20,2015 Naples Daily News, a Colorado research firm’s study produced this headline “ Naples top in nation for projected growth “. On April 11,2016 there was an article in REALTOR Mag that stated “ Top 20 Cities for Luxury Sales Revealed “.

The article then goes on to show that Naples was #4 in the nation. I also know that at least one of our beaches has made a top ten list in the nation in the past. The bottom line is this………. Naples continues to shine!!!